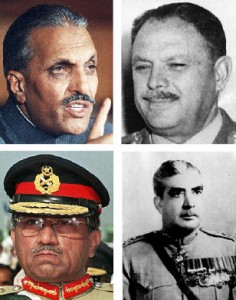 Hussain Haqqani on the nature of Pakistan's threat:

"Pakistani leadership has been in a deep state of denial about their national priorities for a long time.  Religious extremism and terrorism are often not seen as a serious threat for a nation that has, since its inception in 1947, focused on acquiring military parity with its larger neighbor, India.  Instead of seeing the Taliban as murderous brutes fighting modernity, Pakistan's strategic planners have considered them as allies against Indian influence in Afghanistan after the withdrawal of the Soviet Union.

Terrorist groups with an ideological affinity for the Taliban were assisted by successive Pakistani governments in hopes of resolving Pakistan's long-standing dispute with India over Kashmir.  Although Pakistan has lost thousands of its own citizens and soldiers to terrorist attacks since September 11, strategic delusions continue to prevail.

Anti-Western sentiment and a sense of collective victimhood also have been nurtured as a substitute for serious debate on social or economic policy.  The country's resources have been devoted to maintaining a large military and expanding its nuclear arsenal, with inadequate investment in education, health care and other social needs.  The result is that Pakistan appears on virtually every list or directory of countries that are facing the potential of state failure.  Half the countries 200 million people remain illiterate, population growth remains high, and economic growth has risen only in periods of an increased flow of aid from the U.S."  (WSJ 'A Nobel Laureate and a Beacon for a Troubled Nation.'  10-16-14)

On why Pakistan is the most sophisticated foreign policy challenge:  http://www.counter-striketv.com/pakistan.html